Popular Nigerian music diva, Seyi Shay has replied critics who found her remark to a contestant on the 6th season of Nigerian Idol judgemental and harsh.

We earlier reported that the UK returnee told a 17-year-old contestant that he will never make money from singing or music after he auditioned for a slot on the show.

The comment went viral and placed her on Twitter trends table as netizens shared their different views on her abilities as a judge on the show.

The criticisms did not seem to bother the ‘Right Now’ singer as she took to her Twitter account to tell them that she is like Judge Judy and people would have to either love her or hate her.

“I’m feeling like #JudgeJudy right now. You either LOVE her OR you HATE her, and that’s quite ALRIGHT! Either way, Thanks for the #1 trend tweeps“, she tweeted. 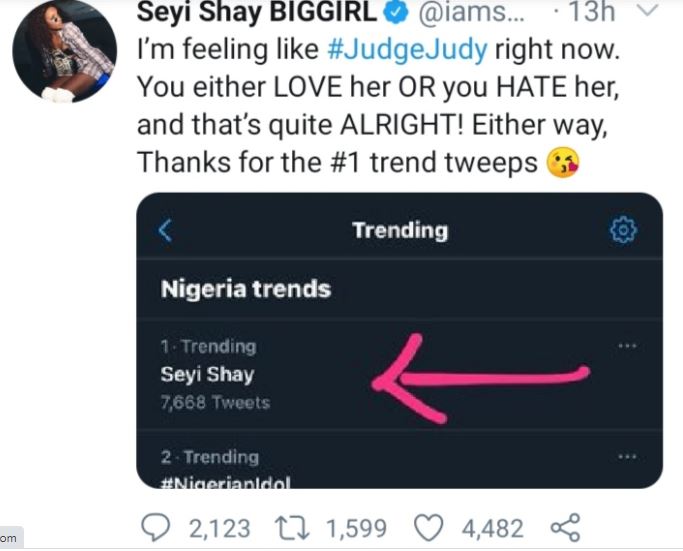 Reports Of 2baba Impregnating Another Woman Are False, Malicious — Manager Clears The Air