Nigerian actor, Yomi Fabiyi who stormed Panti police station to protest the detention of Baba Ijesha has taken to Instagram to beg Nigerians for funds to produce his new movie titled ”Oko Iyabo”.

The actor made the posts early hours of this morning, but it made a lot of his followers upset as they lashed out at him calling him ”begi begi”, a ”joker” and told him his post was insensitive.

Many asked him if he was planning to cash out on a saga that involved a child molestation.

He later deleted the post on his feed, but then took it to his story to beg again. 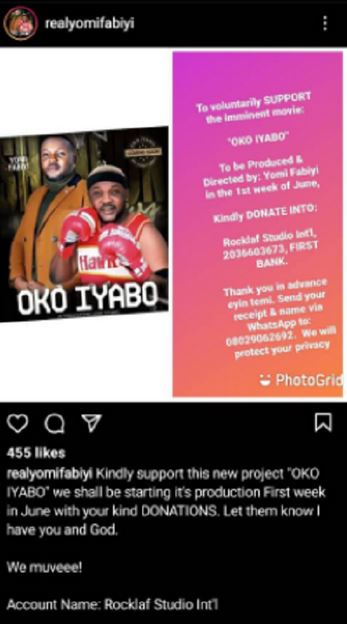 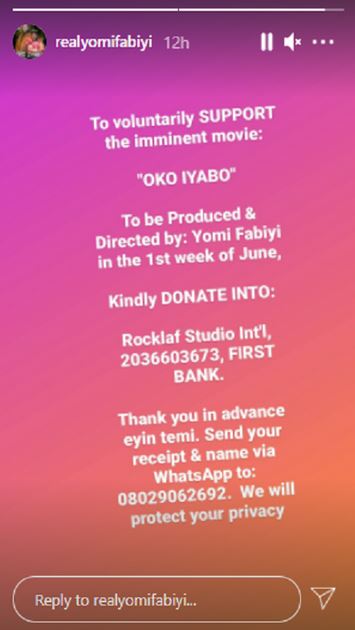