A couple has been trending online after their WhatsApp conversation was leaked.

In the chat, the 31-year-old lady asked his 25-year-old boyfriend why he has been avoiding her calls and not replying her messages. The boyfriend replied saying he is not ready for any discussions.

The lady said that they must have the discussion because she has invested alot on him. The woman added that she can’t afford to loose him because she needs a husband and time is no longer on her side.

Her statement infuriated the man and he reminded the lady that he has told her several times that he won’t marry her. When the lady asked if their two years relationship was a waste, the young man replied saying it wasn’t a waste because she needed someone to take care of her needs, which he did.

He said that she never asked the lady to be his girlfriend and what they had was just a fling. He added that he does not wants to have anything serious that may lead to marriage because he cannot afford to take care of himself or her.

However, she told him that financial responsibility won’t be a problem because she intends to take care of that, and she just wants to settle down with him.

The conversation went back and forth for a while, but she told him to think about her proposal to take care of him throughout their relationship and he shouldn’t make any hasty decision.

Read their chat below: 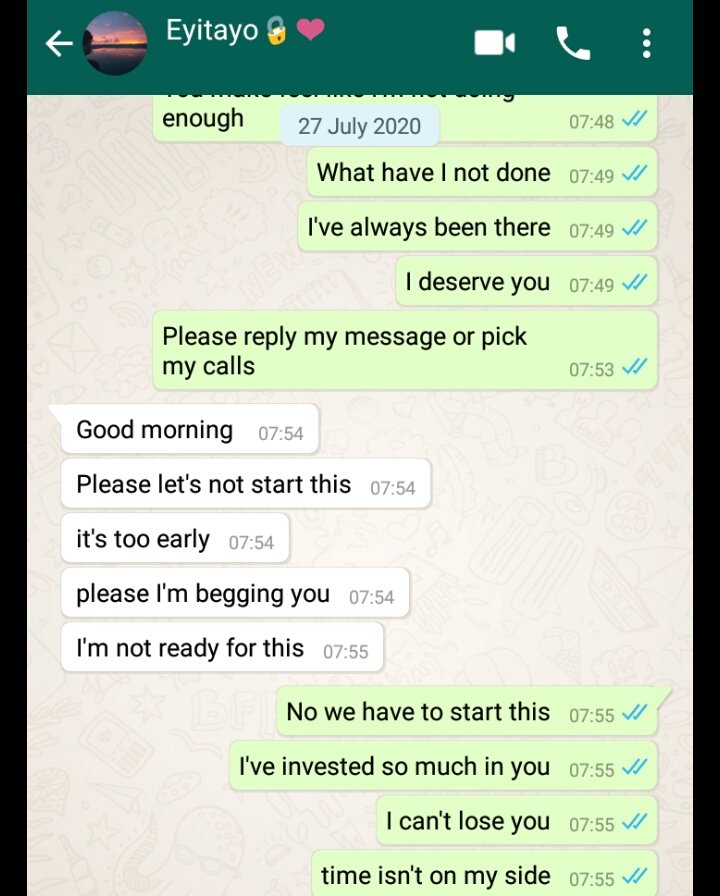