Nigerian Afrobeats Superstar Wizkid has finally received his personal Grammy plaque for winning the Best Music Video at the 2021 Grammy that was held in March 2021.

Wizkid won best music video at the 63rd Grammy Awards in Los Angeles for his contribution to Beyonce‘s song “Brown Skin Girl,” which was a single from The Lion King: The Gift Album and also featured Beyoncé’s daughter, Blue Ivy.

Tagged as the biggest award an artiste can get, Wizkid made history that night, winning alongside his Nigerian counterpart, Burna Boy, who won in the Best Global Music Album category. 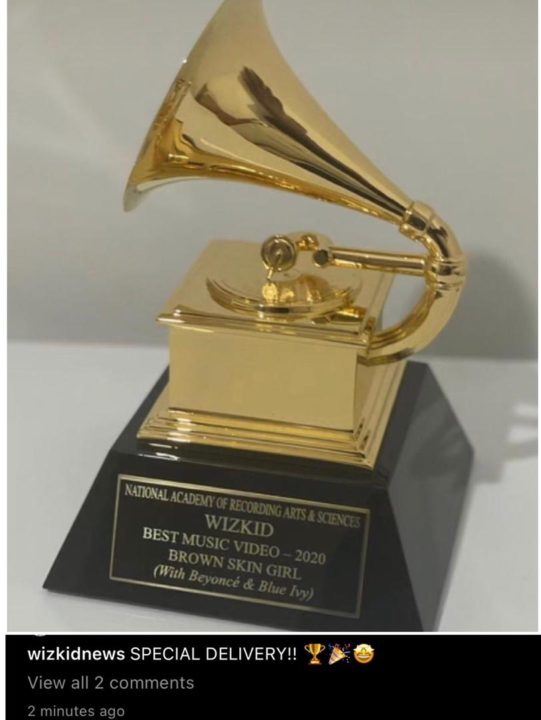 The 63rd Grammy Awards was held in accordance with the COVID-19 procedure, with no audience and the performance divided into five stages, some of which were virtual. Wizkid, also posted the plaque on his Instagram page few minutes ago. Congratulations Big Wiz! 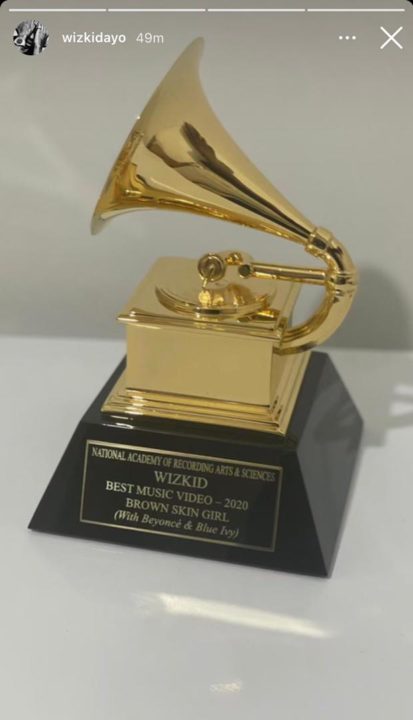