Wilfried Zaha says he will no longer take the knee before matches as he feels the practice is “degrading” and isn’t leading to real action on racism.

Premier League players chose to take the knee before matches over the summer in solidarity with the Black Lives Matter movement, but many feel the meaning behind the gesture has been diluted.

In December, a survey from the Professional Footballers’ Association (PFA) said that “players overwhelmingly support continuing this act of solidarity” but, with racist abuse of players making headlines on a near-daily basis, Zaha no longer sees the point.

Why is Zaha not taking the knee?

Speaking at the Financial Times Business of Football summit, the 28-year-old explained: “I’ve said before that I feel like taking the knee is degrading and stuff because growing up my parents just let me know that I should be proud to be black no matter what and I feel like we should just stand tall.

“Trying to get the meaning behind it, it’s becoming something that we just do now and that’s not enough for me. I’m not going to take the knee, I’m not going to wear Black Lives Matter on the back of my shirt because it feels like it’s a target. 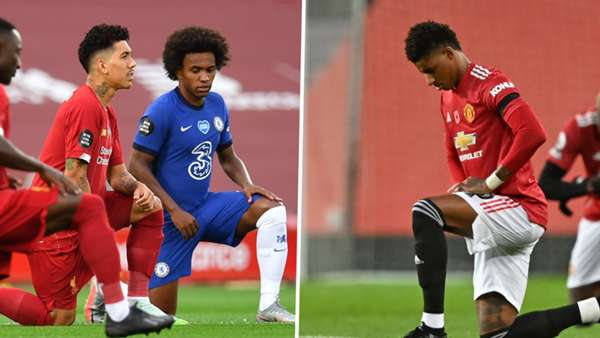 “I feel like we should stand tall and now I don’t really tend to speak on racism and stuff like that because I’m not here just to tick boxes.

“Unless action is going to happen, don’t speak to me about it.”

Will players keep taking the knee?

For the time being, most Premier League players will continue with the knee, but criticism is beginning to mount.

In the Championship, promotion-chasing Brentford announced last week that they would no longer be kneeling before games.

A club statement said: “Like many of our fellow players at other clubs, no longer believe that this is having an impact. We believe we can use our time and energies to promote racial equality in other ways.”