A popular Twitter user, @DanielRegha has taken a swipe at superstar singer, Wizkid over his response to BankyW’s statement.

Recall that Wizkid raised eyebrows after he replied to Banky W’s statement on being disappointed that he couldn’t make it to his wedding with a ‘LOL’ abbreviation.

While social media users reacted to this, Daniel Regha has tackled Starboy over his response; what he tags as disrespectful.

“Wizkid it was very unfair of u not to attend Banky W’s wedding (if u were an invitee), cos he literally made u who u are today & despite all that happened in the past, u still owe him a lot; Furthermore, replying “LOL” to Banky’s positive remarks abt u is rude. Act respectfully.”

“Wizkid quoting Banky’s statement with “LOL” is insulting cos it implies that Banky was either telling lies or was saying rubb!sh; There was nothing funny about Banky’s replies. I don’t get why people are applauding Wizkid’s d!srespectful behavior. Indeed, maturity isn’t by age.” 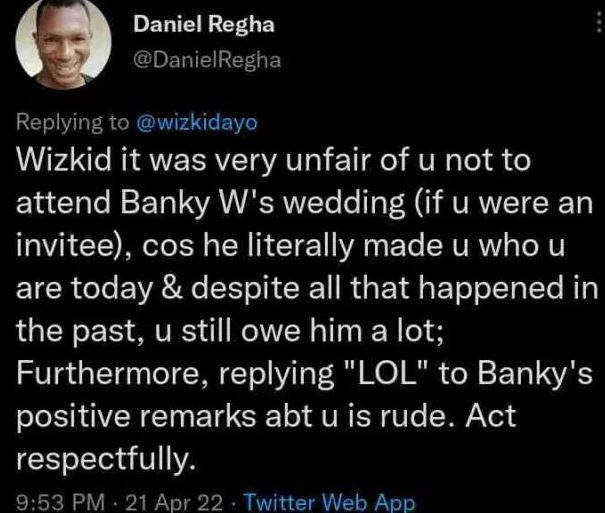 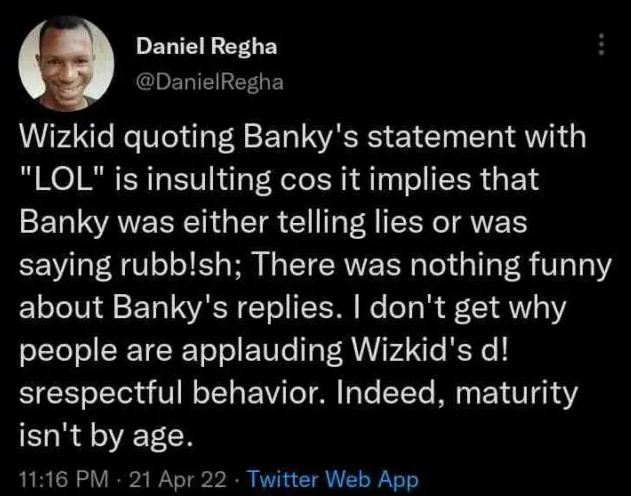