A Nigerian Twitter user who has been simply identified as Omotoyosi has come under criticism.

The young woman is being bashed for tweeting early Thursday that she had been kidnapped at a location in Lagos which she mentioned. 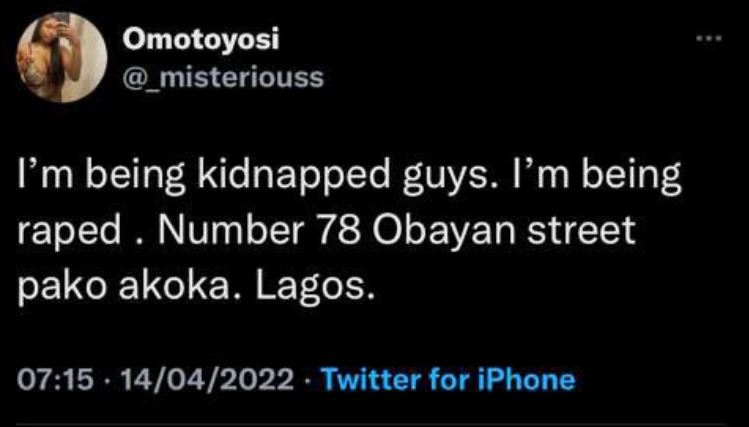 However, it was soon discovered that Toyosi’s cry for help was a false alarm.

According to one Otunba on Twitter, Omotoyosi’s brother immediately acted on the tweet and alerted the family only to realise it was a false alarm.

Toyosi’s brother says she’s fine, he said police has gone to the house of the guys address she dropped and his parents are on their way there, not a small matter. Clout chasing is so bad. pic.twitter.com/bQyvn1WL7C

Omotoyosi released a video on Twitter later in the day, apologising for her action and calling for an end to threats to occupants of the house address she mentioned.