Ngozi Okonjo Iweala has reacted after a Swiss Newspaper issued an apology for referring to her as “grandmother” while reporting that she is the new Director General of World Trade Organisation (WTO).

“This grandmother will be the new Chief of the World Trade Organisation,” the newspaper had written.

This elicited criticisms from all over the world as people questioned why “grandmother” was all she could be qualified as despite her achievements.

Nordwestschweiz has now issued an apology. 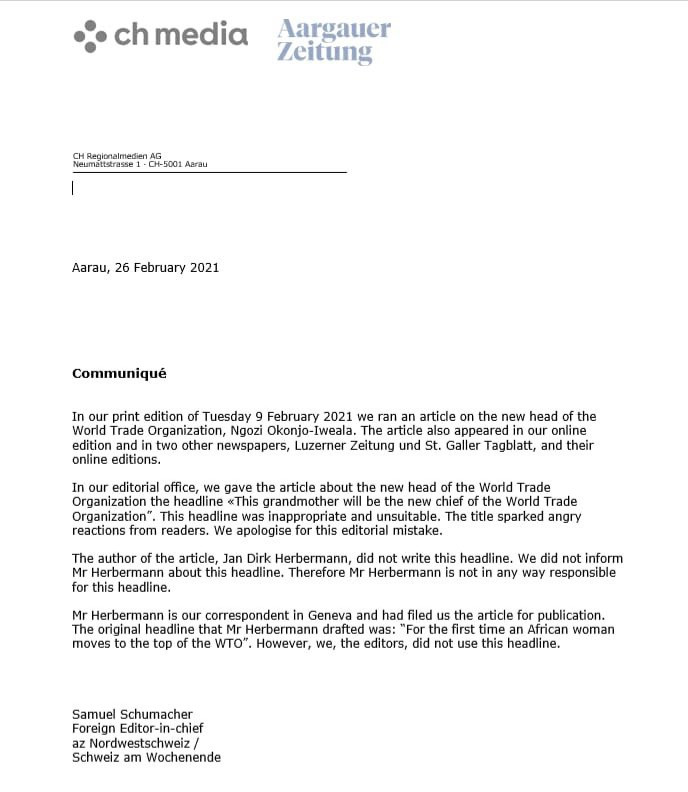 “We apologize for this editorial mistake,” the statement reads in part.

Reacting to the apology, Ngozi Okonjo-Iweala said, “It is important and timely that they have apologized.”

She added: “We need to call out this behaviour when it happens.”

Read the rest of her tweets below. 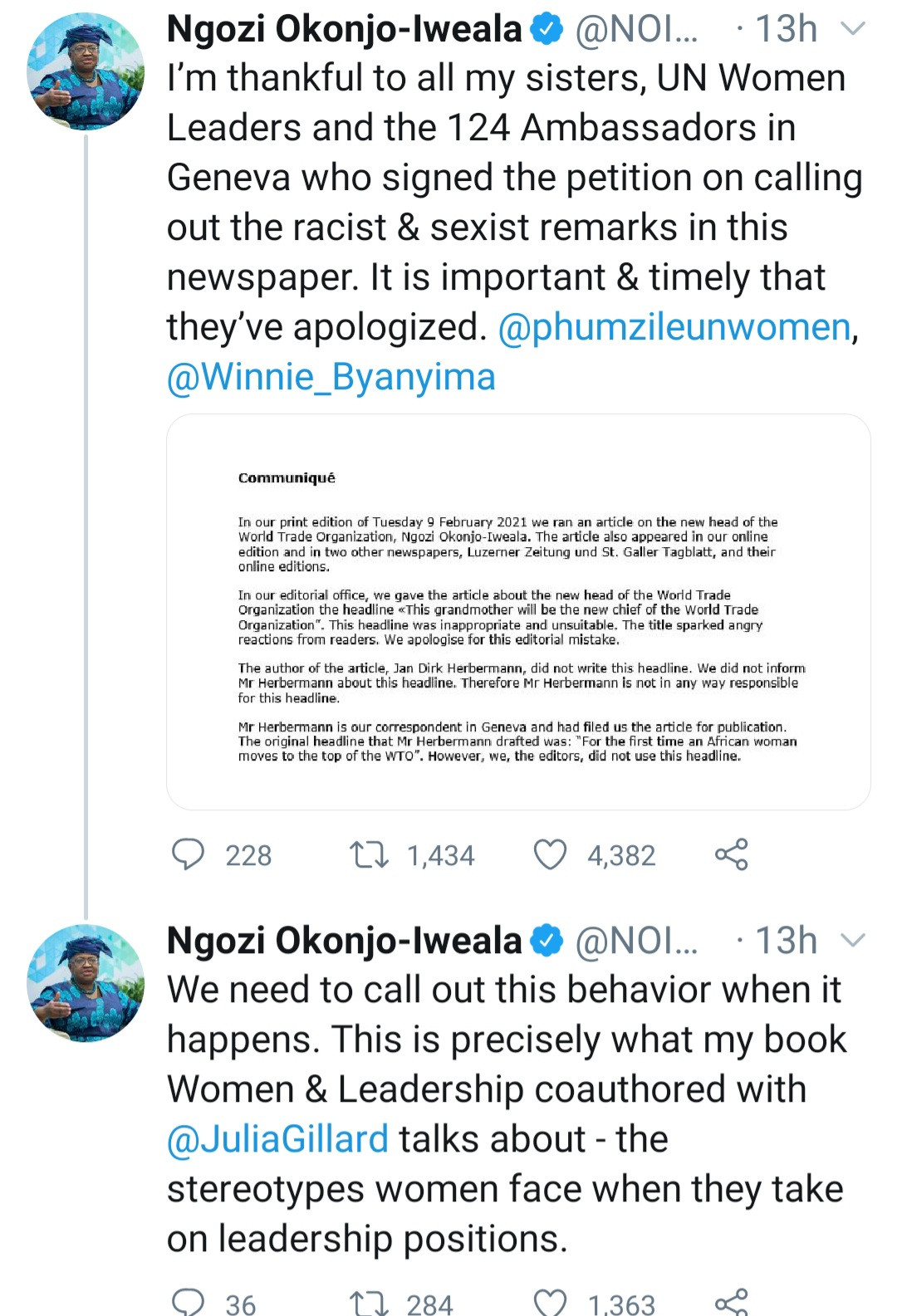