Popular Nigerian Nollywood actress, Nkechi Blessing has taken to social media to stan for BBNaija’s Ozo as she gushes over his striking handsomeness.

She was caught gushing over the BBNaija season 5 housemate under a post made by Nigerian blog, GossipMill.

The blog had made a post in their Instagram page asking if Ozo is this year’s most handsome housemate.

She then took to their comment section and wrote; “Never seen a yellow boy this cute. I stan biko” 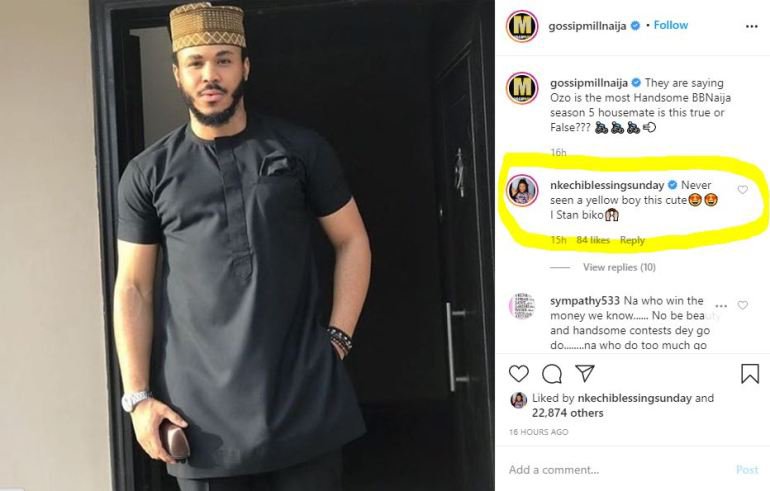