The #EndSARS protest in France has entered Day 2 as two popular Nigerian musicians in the country join the agitation.

The popular musicians, Negoboi and C-Mi, on Saturday morning joined dozens of their compatriots in the European country to pour out to the streets to demand an end to police brutality and justice for victims of rights violations by officials of the now disbanded Special Anti-Robbery Squad of the Nigeria Police Force.

The demonstration, which is currently ongoing at the popular Eiffel Tower in the heart of Paris, capital of France, also has in attendance other Nigerian entertainers based in the European country.

According to a participant, Mr Olorunfemi Deji, who spoke with SaharaReporters, they are not only demanding the scrapping of SARS and dissolution of the newly created Special Weapons and Tactics team by the police authorities but also the improvement of governance in Nigeria. 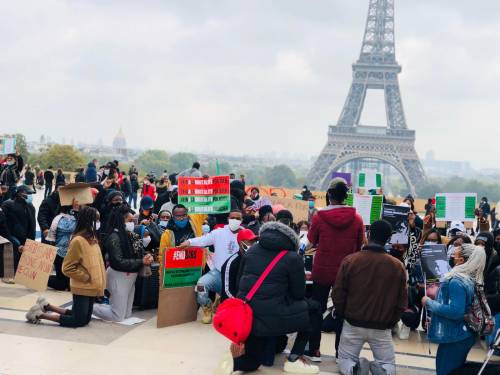 “Everything is in a mess in Nigeria at the moment, we are not happy about this and that is why we have come out to lend our voices to the calls for total reforms of the country. This is beyond #EndSARS.”

Earlier on Friday, the people while demonstrating in front of the Nigerian Embassy at the Victor Hugo area of Paris, called on the Inspector-General of Police, Mohammed Adamu, to immediately resign his position for overseeing a failed law enforcement agency.

They also demanded the resignation of President Muhammadu Buhari over insecurity in the country and the poor state of Nigeria’s economy, which has led to massive job losses for citizens. 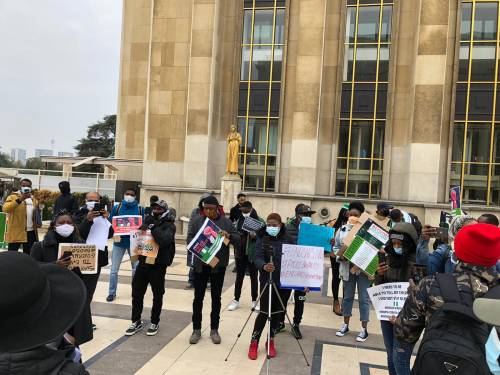 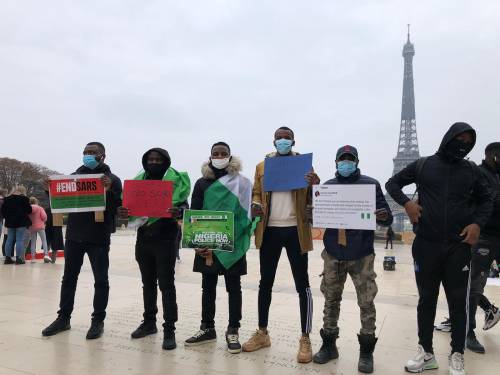 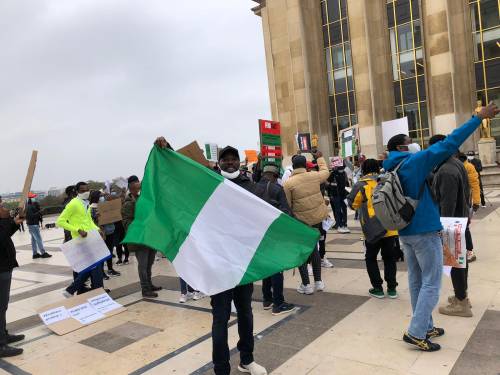 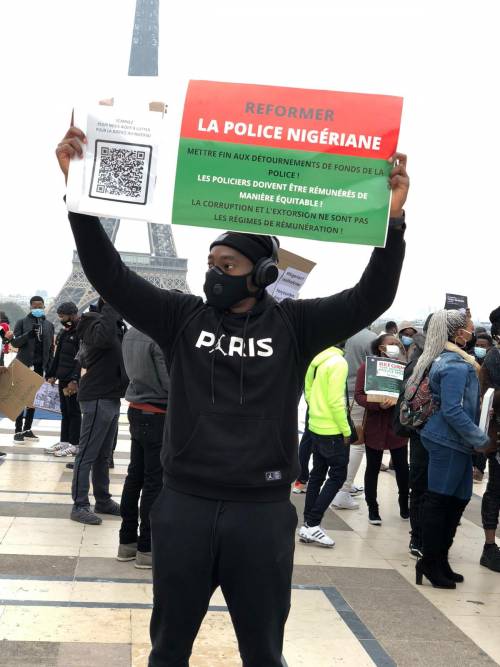