Twitter user, Ikhuoria has cried out after his girlfriend visited him in company of her friends, holding a calabash, and threatened to make him run mad if he breaks up with her.

According to him, he was at his house when his girlfriend came in with her friends and all of them were holding a Calabash. His girlfriend threatened to make him mad if he breaks up with her. 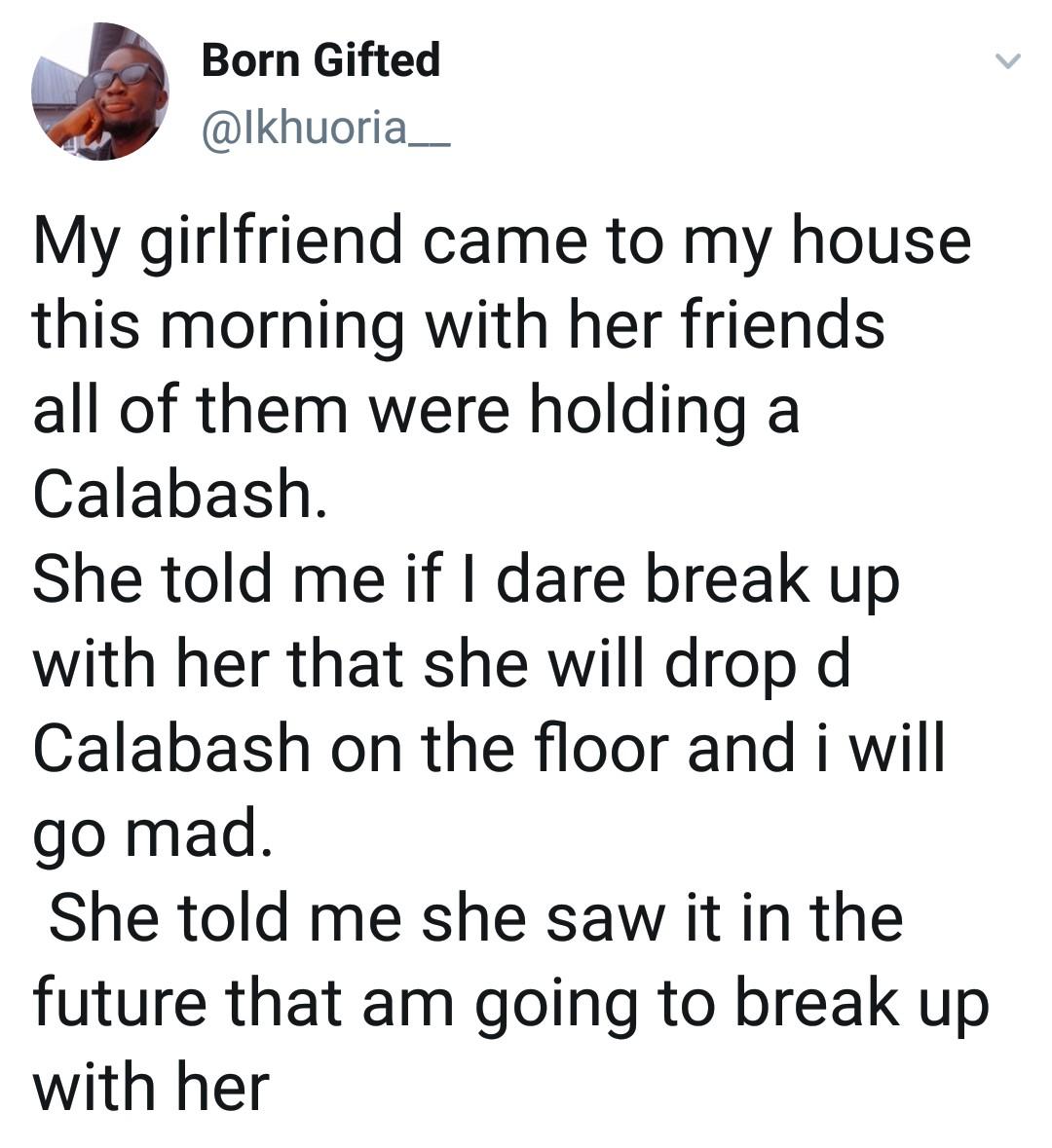