The Defence Headquarters had claimed that clips on October 20 Lekki toll gate attack were “photoshopped.”

The military hierarchy inferred that videos on social media should be ignored.

The declaration sparked condemnations as Nigerians referred to the live recording by DJ Switch.

The entertainer’s Instagram Live broadcast from the scene was watched by over 160,000 people.

The audience listened as protestors recited the national anthem in the dark while waving their flags as gunshots fired by soldiers rented the air.

On Friday, DJ Switch reiterated that over a dozen citizens were murdered in cold-blood.

She displayed some bullets and spent casings unloaded on unarmed demonstrators.

The survivor also revealed that the police officers later tried to disperse them with tear gas.

DFRLab report on the incident says analysis confirms the genuineness of the videos.

It said four videos were used to geolocate the shooting to the Lekki toll gate.

“These videos also confirmed Nigerian soldiers were in the presence of injured protesters in the vicinity of the toll gate”, the report noted.

DFRLab said despite denials by the Nigerian military, videos online clearly show soldiers approaching the crowd where they remained behind the barriers.

“Several shots are fired, many of them in the air based on the muzzle flashes. In one of these videos, law enforcement vehicle approached protestors from the west as they opened fire.

“A different video shows what appears to be soldiers of the Nigerian army approaching protesters where they were stationed behind plastic barriers. Soldiers approached the group and opened fire.”

It added that from a geolocation of the video, features near the toll gate and across the channel on Lagos island confirmed it was taken looking into a northern direction on the eastern part of the toll gate.

DFRLab said this suggests that protesters were approached from both the east and west by law enforcement, as suggested by some witnesses.

“Geolocation of the video footage shows that the video was taken from the eastbound section of the eastern part of the toll plaza. Video footage also identified injured protestors at the same scene.

“The author of a video uploaded to Twitter on October 20 shows injured and bloodied protestors with the author claiming they were shot by soldiers. As the video pans, a parking garage to the south of the toll gate can be seen.

“Another video taken in front of the toll gate showed several injured protestors being carried off in the presence of camouflaged soldiers, presumably the same soldiers seen in the second video above. At least two protestors are carried away, while a third is seen on the ground during the video.”

The body included that a geolocation of the video places soldiers on the southern section of the eastern part of the toll gate, the same spot as the soldiers seen opening fire on protestors in the second video above.

The reports said despite denials by the Nigerian Army, “open source evidence links the presence of Nigerian soldiers at the Lekki Toll Gate at the same time as the first reports of shooting came in”.

DFRLab concluded that recordings also showed Lekki toll gate protestors, who had been peaceful in the preceding 11 days, bloodied and injured in the presence of soldiers.

The United States has urged Nigeria to prosecuted all those involved in the shooting.

An delegation of senior American officials made the call during a visit to Vice President Yemi Osinbajo.

The meeting followed the strong reaction of U.S. Secretary of State, Mike Pompeo. 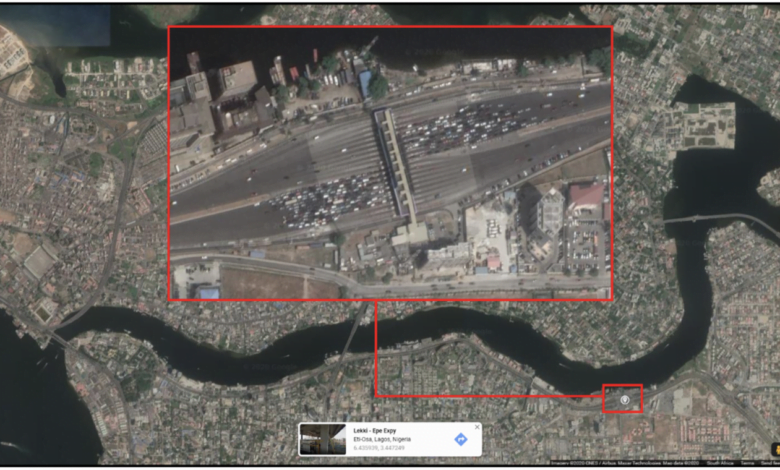 Sowore Storms Court With Witch Doctor Ahead Of Trial (Photos)

Shoprite On Shutdown, As Workers Go On Strike Over “Sale To Palms Mall Owners”

Buhari, Osinbajo To Get COVID-19 Vaccine On Saturday