In a viral new tweet, Laycon was described as a very good artiste but the only person he is better than is another BBNaija Star with a struggling music career, EFE. 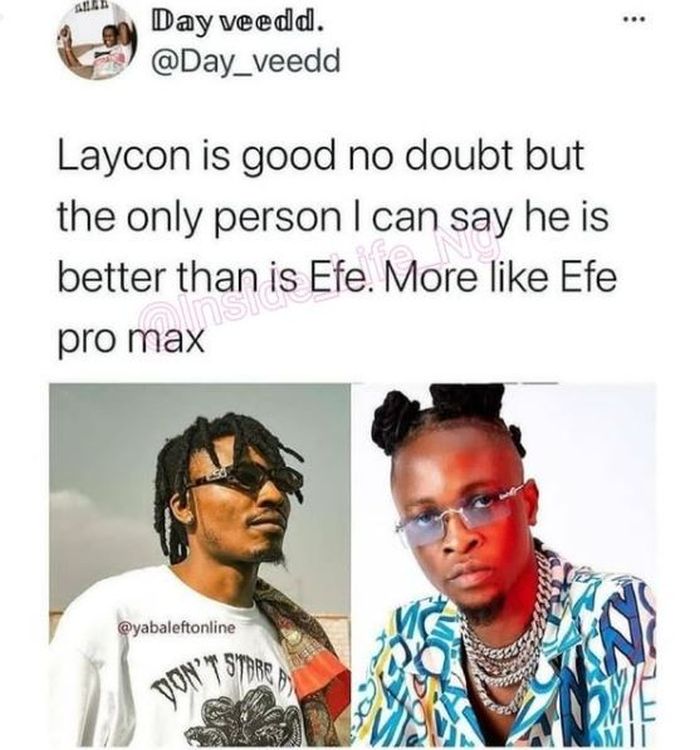 This opinion about Laycon has raised a lot of brows. It is so because music is one major thing that made Nigerians love Laycon right from the BBNaija house.

His song “Who Is Laycon EP” got released before he went to the house and went viral while he was in the BBNaija house. Also, “Fierce” featuring Reminisce and Chinko Ekun was a big hit.

Laycon had a song he featured Deshinor, “Hip-hop” which got a lot of positive reviews and nationwide airplays. His Jimmy Jump off freestyle also stayed on trends a long period at time.

His new single “Wagwan” actually brought about this massive troll but we’ve got to be sincere here.