A Nigerian mum of eight simply identified as Gladys who was accused of witchcraft and allegedly caged in her home in Orerokpe in Delta state, has been rescued and taken to the hospital.

Human rights activist, Harrison Gwamnishu, who shared the story, said the woman is originally from Ozoro in Delta state but got married to a man from Orerokpe. He said the husband and his family members, after many years of marriage, accused the lady of being a witch and threw her into a cage they built in his compound.

According to Harrison, the husband despite accusing his wife of being a witch, made his way into the cage where she was left to die and was still having sex with her. She had three of their children while she was in the cage. Harrison said that his organization, Behind Bars Initiative, got wind of the woman’s deplorable state on Monday, November 16.

He and his team arrived in Orerokpe Tuesday morning November 17 and have moved the lady to the General Hospital in Orerokpe for treatment.

See more photos of the woman below 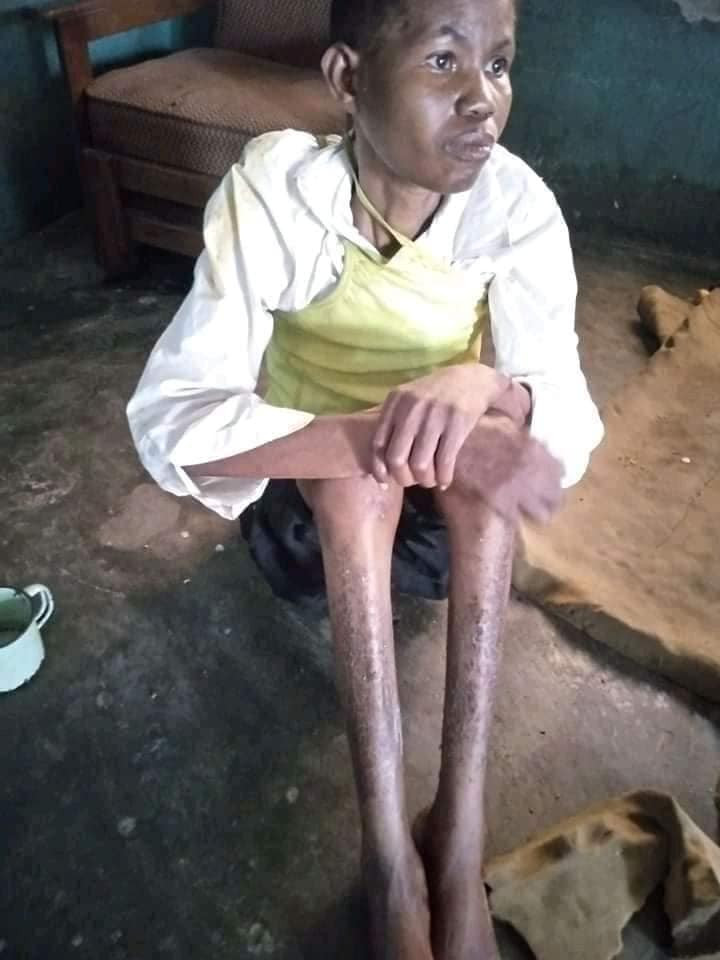 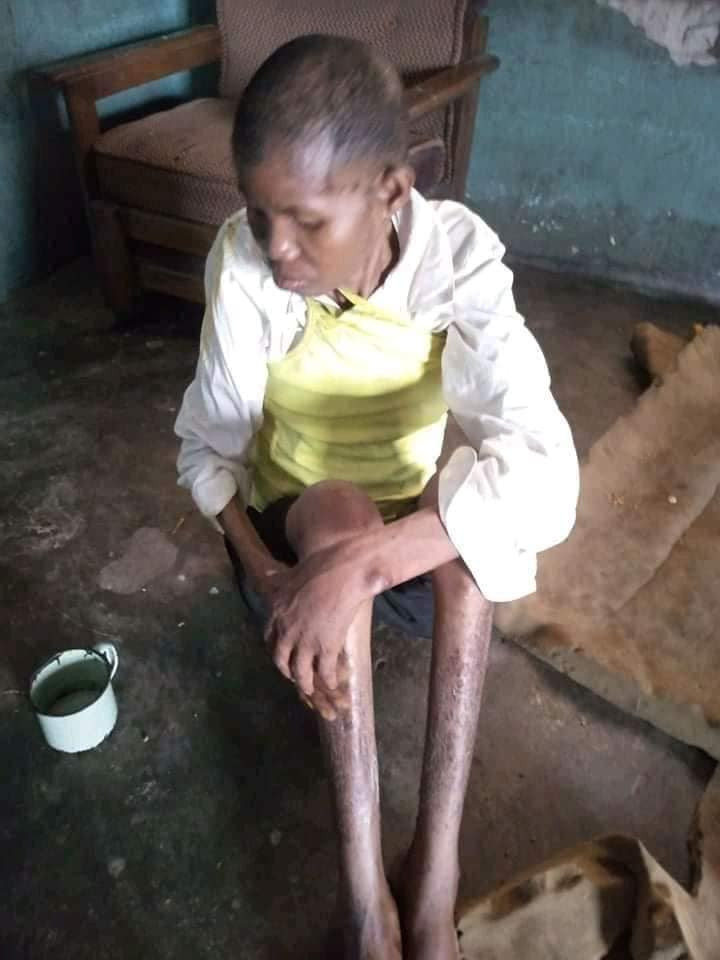 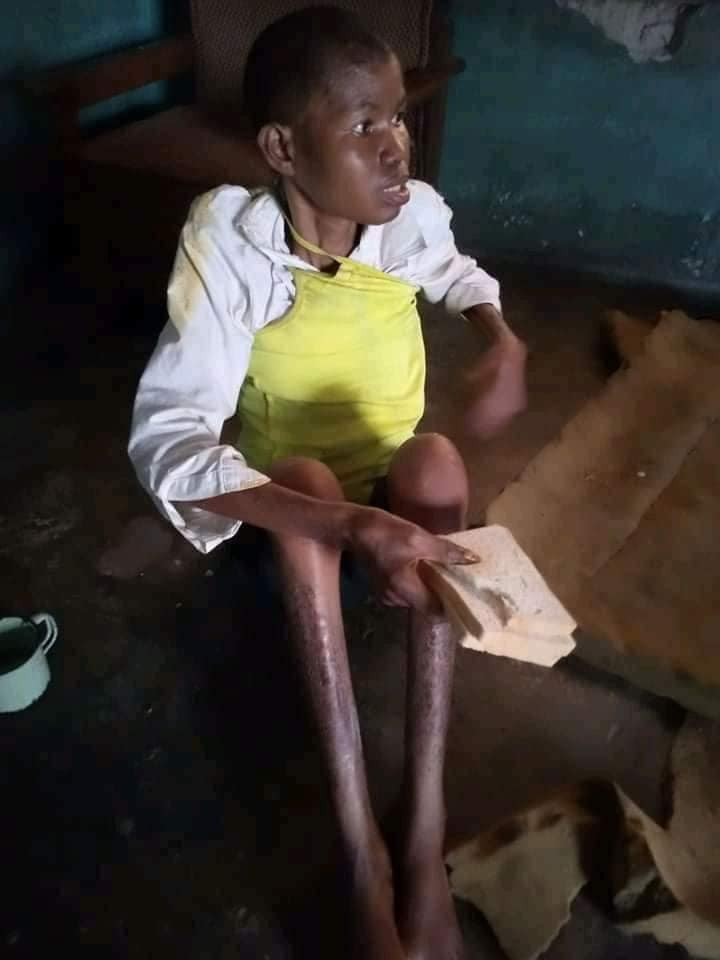 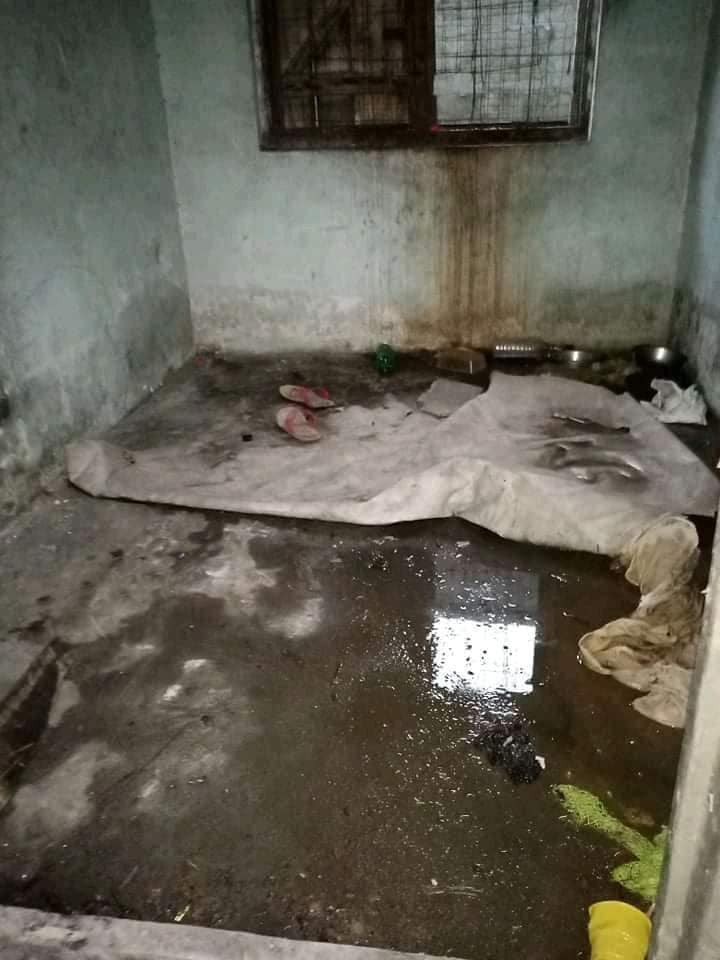 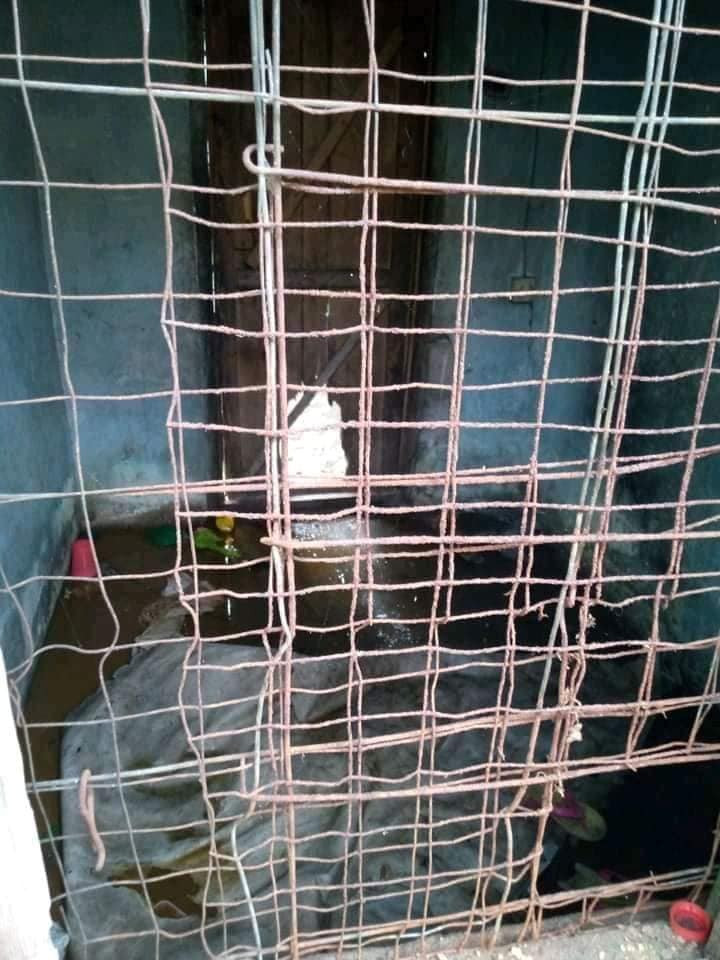 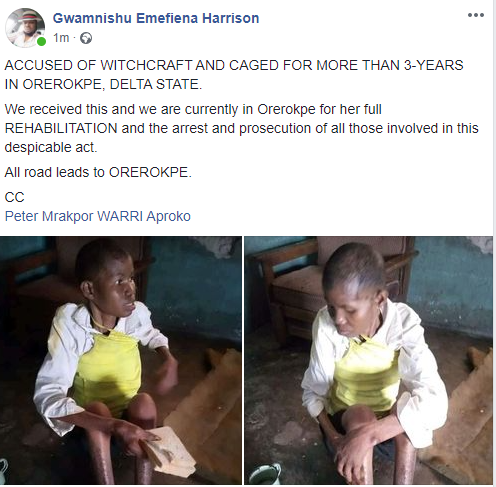