Oye Kyme, the Ivorian lady who accused Bobrisky of physical assault has threatened to post a photo of him without makeup online.

Responding to an allegation of stealing from the cross-dresser, Oye Kyme stated that Bobrisky is a liar and the “world has realized that.”

She further claimed that Bobrisky is someone who cashes out with fame and with “fake breast, fake ass and bald head”. The Ivorian lady also claimed that if she shares Bobrisky’s photos without makeup, “people will faint.”

“The world has realized that you lie you use people to cash fame only with fake breast and ass and bald head am just pitin you if I post your face without makeup and your ugly flat chested people will just faint!” 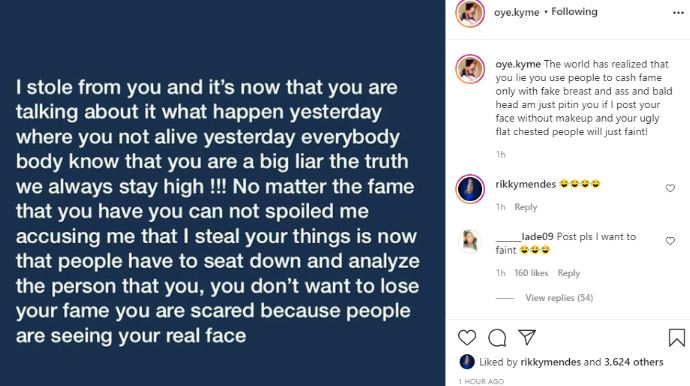 Marlian Act, Fabian Blu Calls Out Naira Marley For Not Promoting Him Like Zinoleesky