James Brown has revealed why he’s not ashamed to dress like a woman.
According to the crossdresser who wants to be referred to now as a ”Drag Queen”, he lost his shame the day the Nigerian government accused him of being a homosexual without providing any evidence.
James and a host of other boys were arrested by the Nigerian police in 2018 for allegedly participating in a gay party. They were arraigned in court but the case was thrown out for lack of evidence.
In a Q&A session with his followers last night, James said he isn’t ashamed of behaving like a female because he lost his shame when he was falsely accused.
See his response below: 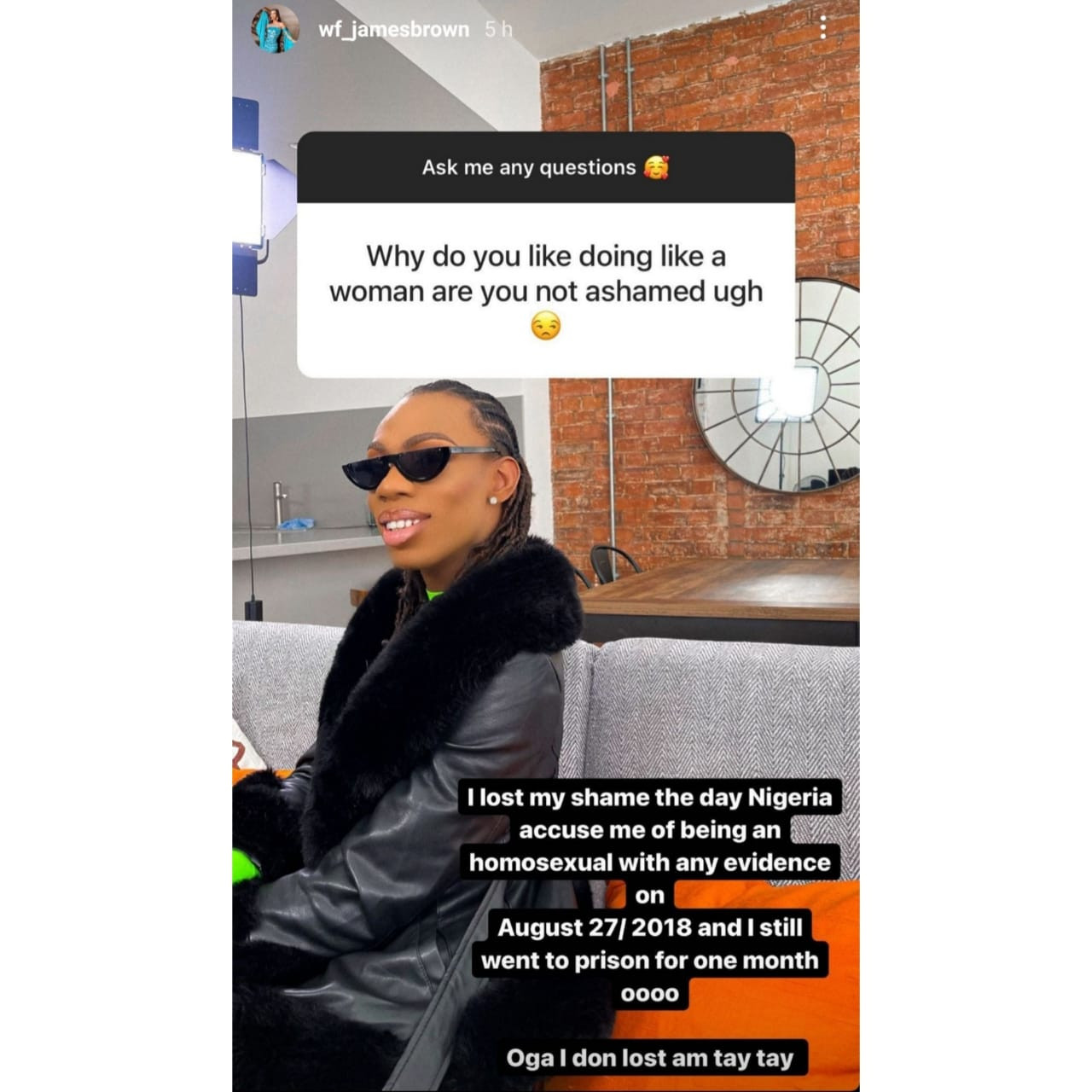