The Federal Polytechnic, Ado-Ekiti, Ekiti State has revealed that henceforth, any students caught having open intimate embracing (hugging) and those found with cars on campus will be suspended for one semester while the vehicle will also be impounded.
This was contained in an internal memo signed by the institution’s Deputy Registrar, Students’ Affairs, Mrs. O.F. Ajayi.
The school also listed sanctions for a wide range of fashion choices common amongst students. It vowed to suspend students wearing tattered jeans; tattoos; nose, mouth, eye (extra) ring; intimate/open embrace (hugging) and ‘crazy’ hairstyles for men; earrings for men, cowries for women; among others.
The school authorities also banned pregnant students and nursing mothers from bringing their babies to classrooms and hostels. 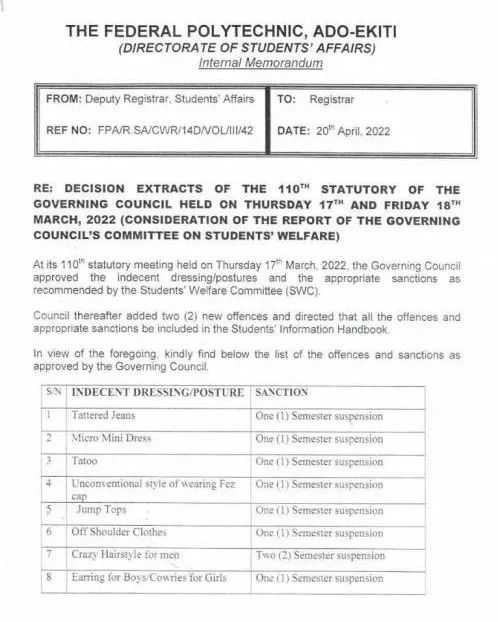 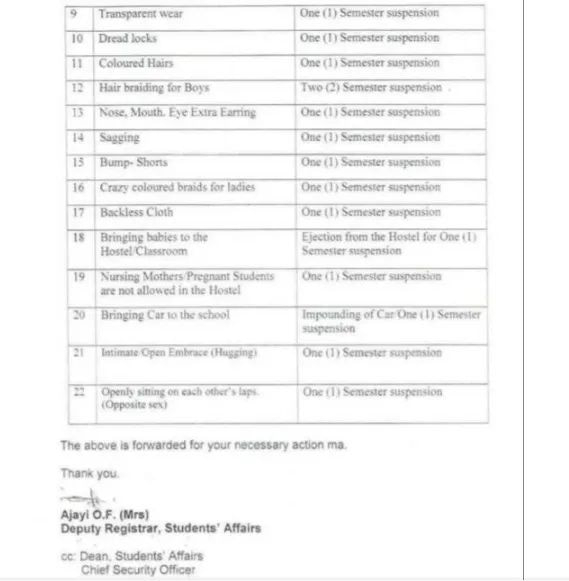 Police Arrest Man For Allegedly Trafficking His Wife To Mali For Prostitution And Selling Her 2-year-old Child For N600, 000