A Peregrine falcon which flew in from Finland, has been murdered in Ofagbe, Delta State.

According to a social media user who shared the photos, a tag which was seen on the bird’s leg revealed it was from a Finland museum.

“This peregrine falcon was killed in a town called Ofagbe in Delta State. The bird flew all the way from Finland to Delta State as the tag on the bird read ” Museum 200L Helsinki Finland” he tweeted. 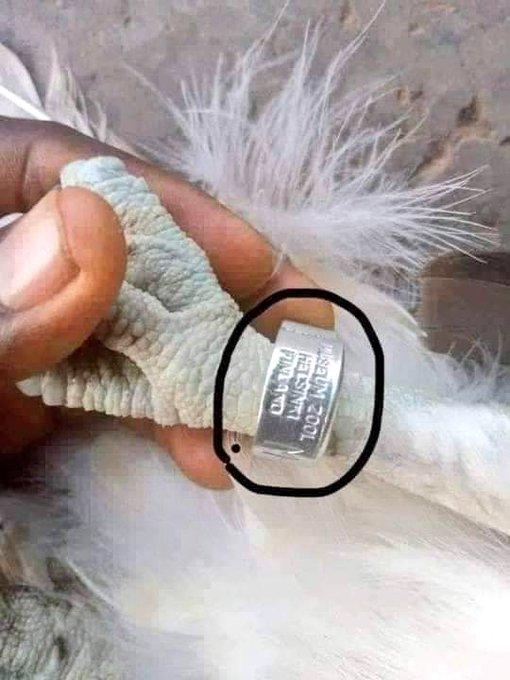 BBNaija 2020 winner, Laycon reacted to the tweet expressing his disappointment about them killing it.

“This is the fastest animal on earth y’all just killed” he wrote. 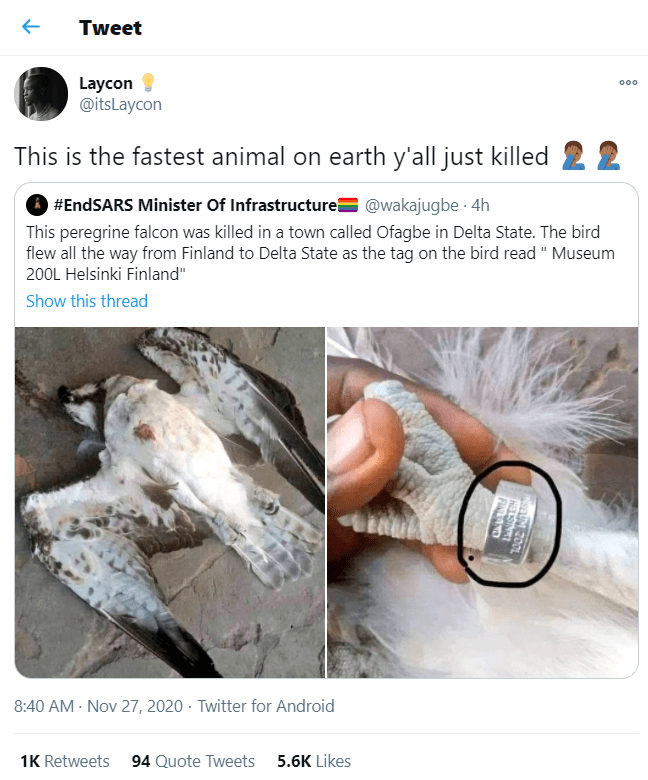 The peregrine falcon is a widespread bird of prey, which is renowned for its speed, reaching over 320 km/h (200 mph) during its characteristic hunting stoop (high-speed dive), making it the fastest bird in the world, as well as the fastest member of the animal kingdom.