Kaduna state governor, Nasir El-Rufai has been called out by an American woman who claimed to be sleeping with him.
This is coming days after two American women shared photos revealing that they have been sleeping with Africa’s richest man, Aliko Dangote.
The lady took to Instagram to spill a lot about El-rufai’s third wife and more.
And according to the lady, she is in Kaduna at the moment. 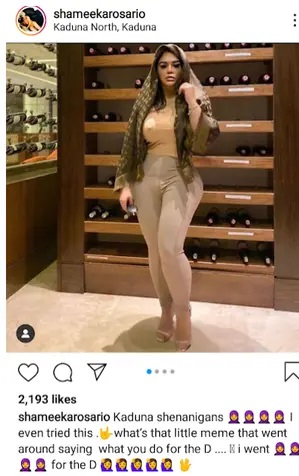 “Kaduna shenanigans 🧕🧕🧕🧕 I even tried this .🤟what’s that little meme that went around saying what you do for the D …. 🤌 i went 🧕🧕🧕🧕 for the D 🙋‍♀️🙋‍♀️🙋‍♀️🙋‍♀️🙋‍♀️ 🖖” She wrote.
Apparently, Reno Omokri slid into her DM to ask her if she’s in a relationship with El-rufai and she confirmed it.
See their chat as shared by Reno on Twitter below: 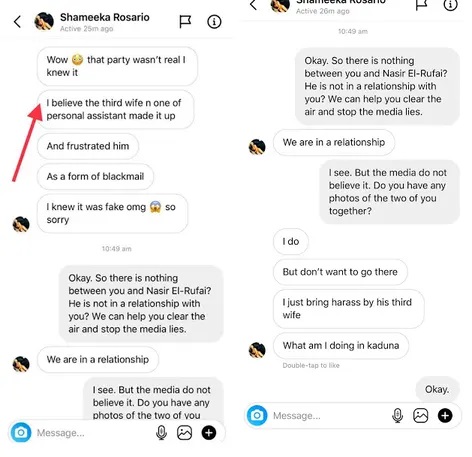 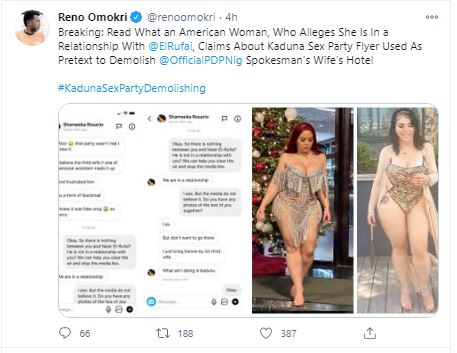 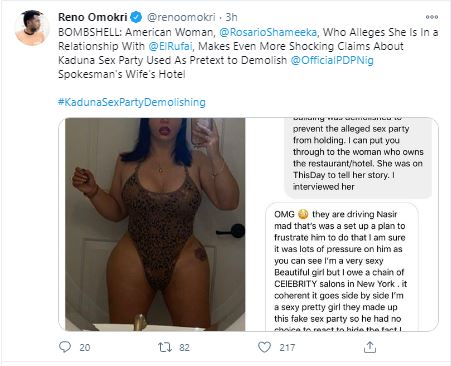